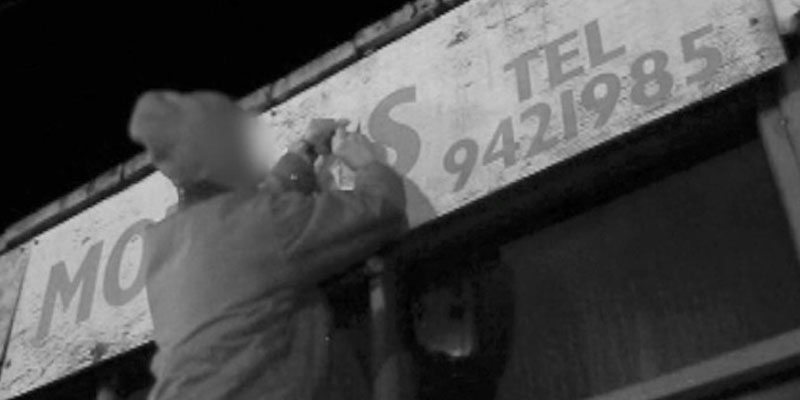 It has been reported that a ‘Grammar Vigilante’ has been correcting signs in his hometown for the last 14 years.

He often works at night walking the streets with a special ‘apostrophiser’ tool that he made himself. He told reporters at the BBC “This is a device that enables you to plant an apostrophe quite high up and get over any obstacles.”

He started back in 2003 when he noticed a council sign that read ‘Monday’s to Friday’s’ which had these ridiculous apostrophes’. The apostrophe superhero was able to realise his superpowers at hand and scratch out the misplaced markings for good.

He has fixed many signs and there have been some classics to speak of. “Amy’s Nail’s” which he called “gross”. “It was so loud and in your face. I just couldn’t abide it. It grates.”

Also within his portfolio of grammar corrections was “Cambridge Motor’s”, and was even thanked by the owners after pointing it out.

It now seems that he has taken the internet by storm with thousands tweeting and sharing images of other signs from across the globe to highlight the problem.

For this vigilante, its what nightmare’s are made of. Can you see what we did there?

Have you checked your business signage, posters, website and brochures for grammar? If not you too could end up with a visit go the phantom apostrophe corrector. Share your finds with us on Twitter.

This Grammar Vigilante is a hero. Grammar saves lives. pic.twitter.com/4rBCeFg3k9

Some shop signs on Gloucester Road, Bristol that have been amended by the 'grammar vigilante' or 'apostrophiser'. pic.twitter.com/NRwDpHwSmb