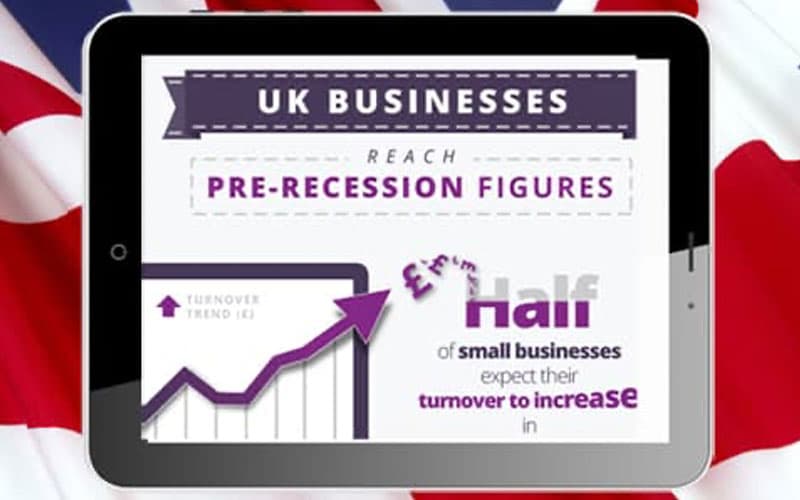 It’s certainly great news for small businesses, the UK economy and the government.  Small businesses in the UK are clearly doing something right and leading the way in Europe and International markets.  These results surveyed from 4,000 small businesses suggest lots of positive results.

The Department for Business, Innovation and Skills (BiS) is reporting that around half of small businesses in the UK expect their turnover to grow in 2015. The study also reveals that seventy-eight per cent also reported a profit or surplus in 2014. This has risen by six per cent on 2012 figures and up to pre-recession figures.  The positive news is that the same businesses surveyed expect to also recruit more staff and grow their business in the near future.

Twenty-two percent have hired more staff in the last 12 months compared to 19% in 2012 and a third also says they are increasing their headcount in 2015.

Business minister Matthew Hancock says the government’s aim is 'to make Britain the best place in the world to start and grow a business' and that 'this is now within reach'. Small businesses are leading our economic recovery, and we have thrown our weight behind them, like never before.

He added “There really has never been a better time to start a business.” Please share the infographic and spread the positive news amongst small businesses and the wider audience who are considering a move into self employment or starting a small business.