Card payments have finally overtaken cash for the first time 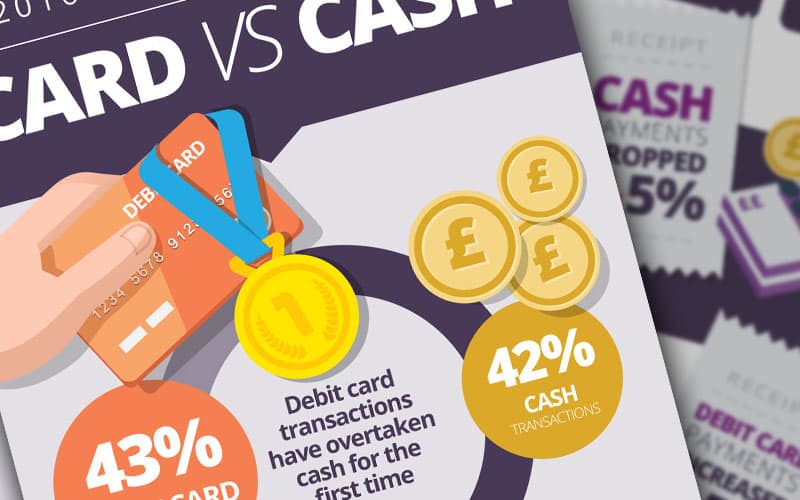 Could we be finally saying goodbye to cash altogether? Card payments have finally overtaken cash for the first time in what could be the beginning of the end for notes and coin transactions.

Card vs Cash Statistics in the Retail Industry

According to the British Retail Consortium, credit and debit card transactions account for over half of retail transactions. They report that since the inception of contactless payments have become the preferred method of transaction with British consumers.

Card payments have increased due to contactless technology

Contactless payments, otherwise known as ‘tap and go’ and ‘wave and pay’ were introduced in 2007 and had a cool reception from consumers who were not quite ready to take the plunge.

We recently published statistics that showed contactless card payments in the first half of 2016 outweighed the whole of 2015. Now research suggests that a third of all card purchases are contactless, which is up from 10% since 2015.

In fact, it now seems that retailers want to increase the contactless transaction limit from £30 to £100. This is due to the theory that businesses believe that contactless payments make it easier for the consumer to pay, which drives sales at point of sale.

Cards have, since their introduction into the retail space by the major credit card providers, always controlled the majority of retail spending by value, but in 2016 it was the year cards overtook cards by transaction volume.

More than 75% of all staffed point of sale card terminals are now contactless – a figure that is clearly growing as the number one choice for consumer transactions. But could our departure with physical cash lure is a sense of free spending? The out of sight – out of mind feeling which may add fuel to the fire of consumer debt? Maybe.

Is it the beginning of the end for cash?

Although the figures relating to contactless card transactions is clearly up, cash is still booming, with the value of Bank of England notes in circulation at an all time high in 2016 – reaching more than £70bn. Cash, it seems, is here for a while yet.