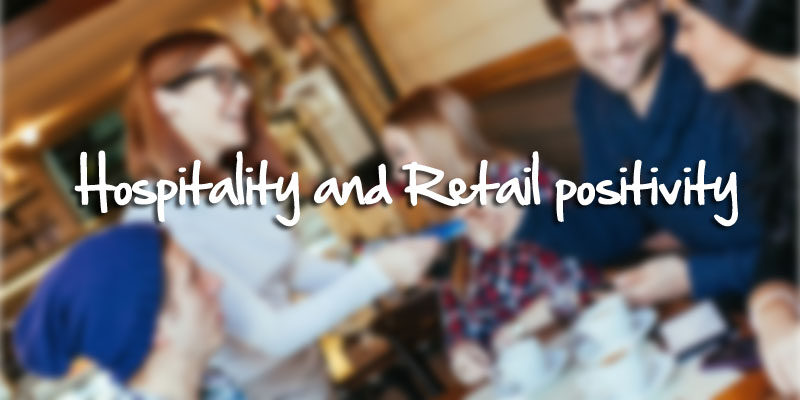 Data collected from Barclaycard has indicated that June’s heat wave may have helped increase pub and restaurant spend which increased by 13.6% and 11.4% respectively.  This is even in the light of overall consumer growth slowing down to 3.5%.

This may in part be due to consumer essentials becoming more expensive, rising inflation and lower wage growth.  The decline in retail sales volumes which was expected in June triggered the biggest fall in the FTSE 250 since the summer of 2016, with shares in retailers taking a big hit.

Many consumers are now saying they are ‘feeling the squeeze’ because of the rising prices of essentials – in fact, 46% whilst 60% feel they are getting less for their money on the high street.

But there is good news which can be taken from the report.  Over 45% said they would ‘ring fence’ money for socialising either for going out to a restaurant or visiting a pub even in the event of price hikes across essential items.

John Lewis, however, has reported a rise in its July sales, this has been helped by its ‘electricals’ department which has increased performances across other fashion and homeware departments.

The Retail giant has reported a 2% increase in sales for the year on year to £86.7m in the week to July as their sale and clearance offers continued to boost sales.

Waitrose has also reported a 3.3% increase in sales to £133.5m as the hotter weather increased purchases across all of the grocer’s product departments.

Sales in drinks are also performing well, up by 25% overall speciality beer and wines such as Pimm’s bolstered sales.

A spokesperson for the BMCAA (The British Merchant Cash Advance Association) has indicated that merchant cash advance industry has helped many companies expand throughout June and July with an increase in retail and hospitality businesses requiring funding for growth.  Staycation’s and leisure and tourism continue to thrive and businesses associated with these sectors are expected to sustain growth.