2016 could be the year of higher interest rates ? 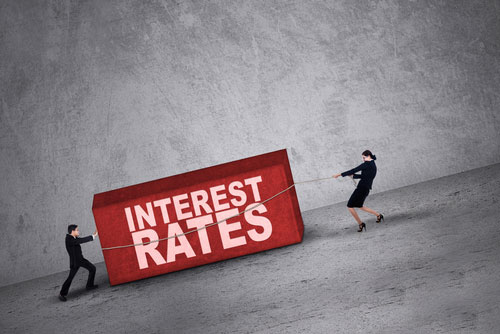 Can you believe it, we’re already midway through February. what’s in-store for the UK’s economy for the rest of the year? According to a report by The Telegraph, 2016 could be the year of higher interest rates.

Early reports indicate that America’s Federal Reserve is likely to hike its interest rates in the coming months. What does this mean for us? Well, as our economy followed a similar path to that of the US in 2015, the Bank of England is likely to follow suit by increasing their rates too.

2016 could be the year of higher interest rates ?

Interest rates are often increased when an economy is performing strongly. This has been the case across both the United States and the UK, with both economies enjoying a drop in their national unemployment rates.

However, there has also been a measurable increase in companies defaulting on their loan repayments. This means that rise in unemployment could very well take a turn for the worse over the next twelve months.

This false positive has been outlined by many prominent economists, which has left a large question mark hanging over the remainder of 2016.

Research is also suggesting however that the rest of Europe will go the other way. They may decrease interest rates by continuing with their quantitative easing programs.

This could have a negative impact on our trade with the rest of Europe, indicating that 2016 could be the year of higher interest rates.

Higher interest rates could be bad news for SME’s hoping to breakthrough in 2016, with many are already turning to the alternative lending market. Less conventional but just as useful products like Invoice Financing or merchant loan advances are now being taken advantage of.

An alternative lending product such as a merchant loan allows SMEs to borrow funds based on their monthly card sales volume. This is a great way for an SME to avoid the roller coaster rates from high street banks.