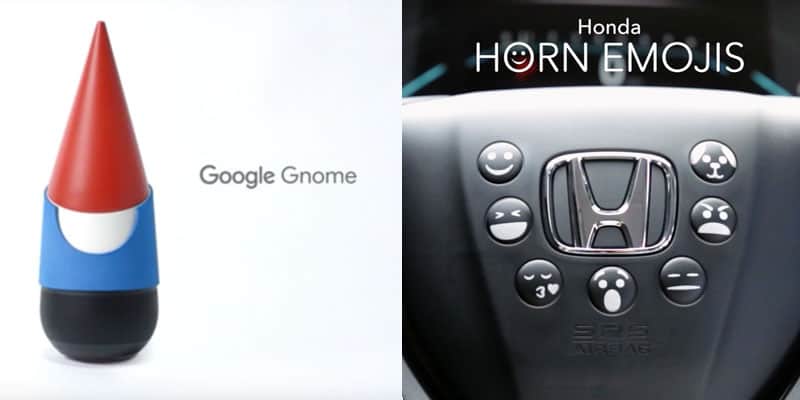 Here are some of the April Fool’s stories from some of the big brands. Some of the ideas are remarkably good. April fools is a digital marketeers dream but it doesn’t just have to end there. Small businesses can join in the fun especially online with the likes of social media platforms such as Facebook, Twitter and Instagram at your disposal. A new audience could be waiting for you based on a simple marketing idea that April the 1st offers you with a free reign.

Obviously don’t produce something that will upset or strike fear, use it to have some fun and start a conversation online – with your brand firmly in the middle.

Have a look at a couple of these corporate examples. Straightaway they hit a note with many people thinking that it’s a new feature, the Honda Horn Emoji video is a good example. Filmed mostly in their slick, corporate feel this addition could easily be a reality to some. Check it out and see what I mean.

There is a lesson in this for small business marketing – something you can adopt perhaps next April the 1st or even in between. Coming up with inventive, fun, tongue in cheek ideas is a great way to engage with your audience no matter what time of year it is.

Smart Gnomes by Google. Obviously, we’re not going to be far off outdoor connectivity in the future and some would argue we already have this technology outdoors or at least the capability. It’s just the play on the Gnome we love.

Honda April Fools. Horn Emoji’s from Honda is filmed in their slick corporate style with a tongue in cheek fun message which is bound to do very well on social media.