Pubs focusing on the popularity of veganism and well being 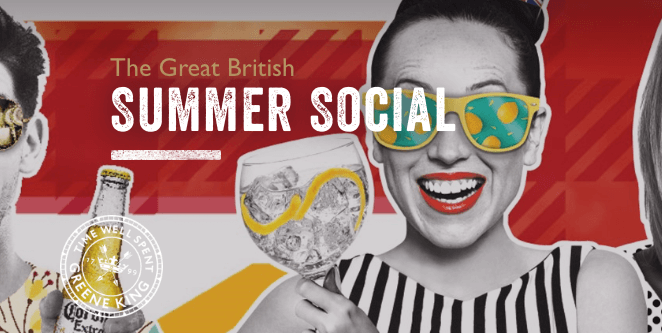 Changing consumer habits are driving forward the demand for better overall wellbeing and Greene King are moving forward to meet the needs of their health-conscious customers. With millennials now making up a large percentage of people who use pubs, its no surprise that pub giant, Greene King are changing the way they do things.

Greene King has just published its full-year results which saw its turnover rise by 1.8%. With pubs struggling to cope in the current economy, Greene King decided to look at what was important to their customer base and begun to place greater importance on sustainability and offering better food options.

It was only this year that they waved goodbye to their Chief Executive of 14 years, Rooney Anand, who was then replaced by Nick Mackenzie. With no major football tournaments this year to help keep sales up, Mackenzie really does have a challenge on his hands. Plus with pubs shutting right, left and centre, the group is really going to have to keep up with consumer habits if it wants to thrive and not just survive.

The group operates 2,730 pubs, restaurants and hotels across the UK and is split into ‘Pub Company’ and ‘Pub Partners’. Out of the 2,730 outlets, 1,687 are retail pubs, restaurants, and hotels, and 1,043 are tenanted, leased and franchised pubs.

With Mackenzie now at the head of the table, he’s been quick to make some changes, being quoted as saying: “We extended the Greene King brand into more food-led pubs this year, helping to improve our drinks offer in those pubs. We also transferred 11 pubs from Pub Company to Pub Partners and four pubs from Pub Partners to Pub Company. The company’s overall goal was to be “the best pub and beer company in Britain”.

He’s also hoping to take advantage of the rise in veganism by offering more vegan meals on menus. With the demand for healthier options being driven by millennials and sales of no or low alcohol drinks up by a massive 50% compared to one year ago, it’s no surprise that Mackenzie wants to improve and expand options in all his outlets.

Mr. Mackenzie described Greene King as “a great business with a rich heritage, a high-quality estate, a strong portfolio of brands and 38,000 talented team members”. “I am looking forward to building on Greene King’s strong foundations with a focus on innovation, on developing our people and on customer service,” he said.

The group as a whole has seen a decline in many of its pubs and restaurants and had to act accordingly by disposing of 46 managed pubs, meaning they generated £26.6m. This allowed them to complete five new builds under the Farmhouse Inns brand and secured four site acquisitions, with three of those opening in the new financial year.

With wellbeing and veganism set to stay and only grow bigger, the Greene King group are keen to move with the times and adapt to a healthier way of eating out.