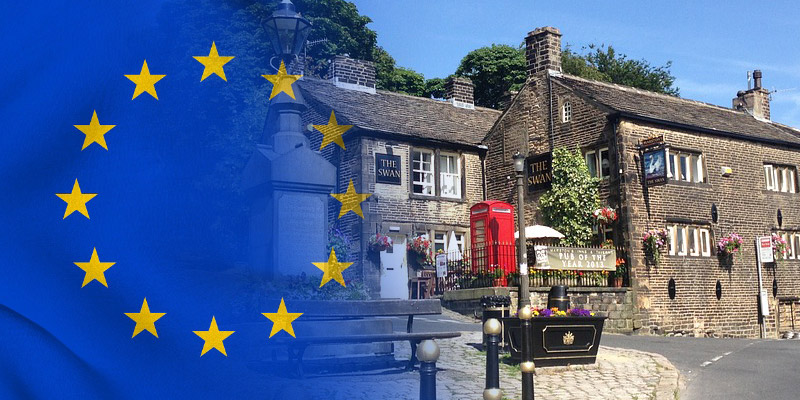 Those operating a small hospitality business in the UK are, on average, in favour of leaving the European Union, according to a recent survey. The study by William Reed/HIM indicated that retailers and suppliers across the hospitality industry, in particular those offering a foodservice, found that ‘Brexit’ was a preferred option in the upcoming referendum.

Despite the industry leaning slightly in favour of the ‘out’ vote, over quarter (26%) are concerned that a decision to do so could impact employment. It’s no secret that thousands of pubs and restaurants UK-wide continue to take advantage of the huge influx of workers from Eastern Europe, and many fear leaving the EU could hinder this access to staff.

That concern doesn’t appear to be strong enough to change opinions industry-wide however, as over half asked in the survey say a Brexit would significantly reduce the red tape many small hospitality businesses face. The survey was undoubtedly close, but on average it appears that Brexit may just be the break many in the industry have been looking for.

Whatever the future holds from the UK’s relationship with the EU, the hospitality industry is certainly facing an interesting few months. Those hoping to remain will be buoyed by he news that the UK, on average, is likely to vote to stay as they were, but political predictions can often be wrong of course.