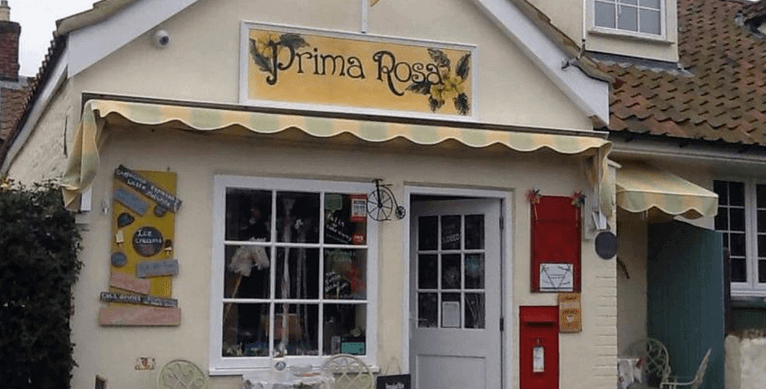 No matter what type of business it is whether its Apple and Microsoft, Pepsi and Coke, Virgin and British Airways, Airbus and Boeing, Dyson and Hoover, it is fair to say they have all had their competitive spats. In some cases these spats became rather aggressive with high stakes involved. Maybe in this instance we’re not talking about corporate, blue chip entities worth billions of pounds but two tea rooms based in the sleepy village of Salhouse in the Norfolk Broads.

The owner of Radley’s Cafe and shop, Kerry Radly could face a fine of up to £20,000 is she even looks into her competitors tea shop Prima Rosa owned by Martin Nudd and his wife. She has been issued with a community protection notice which stipulates that she can’t take photographs of the premises or customers without permission and she is also banned from entering the premises.

Mrs Radly stated that the problems began back in 2014 when she opened the new venture claiming that her competition customers were posting unfavourable online reviews to damage her reputation on purpose.

She was accused of photographing friends and customers of her rival business, removing advertising material from around her village and being intimidating towards the customers of Prima Rosa.

“The conditions of the CPN are just ridiculous, as the ban means I cannot drive down the road in case I look at their premises. It’s crazy because I need to look left, which is where Prima Rosa is to pull up safely outside my property.”

A court hearing for Mrs Radly to appeal against the order has been scheduled on Feb 1st 2018.

It just goes to show that no matter the size of the business things can get out of hand when it comes to gaining competitive advantage. In most cases competition is good for the area as it attracts more visitors who look for choice. By keeping good relationships going for competing businesses an area and the businesses within it can prosper together.

We hope there is a positive outcome for both businesses, afterall they seem to have both received National coverage!