Time for Small businesses to get positive 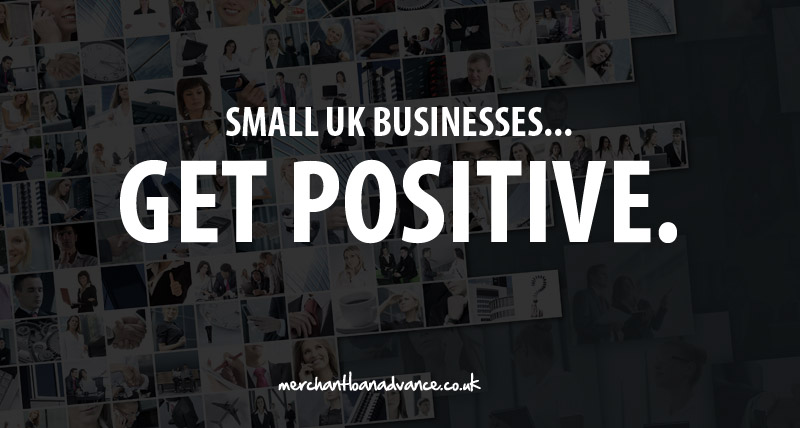 With the recent poll showing that small businesses in the UK were expressing negativity to the future it was the UK government’s opportune moment to gee up “ambition” and push ahead in a positive way.  It’s time for Small businesses to get positive !

For months analysts have provoked fear from Brexit, quoting a mini recession to a complete collapse of the pound. The facts remained that retail spending has been at an all time high, sales both online and offline are up, housing hasn’t been affected and the pound having an early knee jerk reaction to the Brexit news bounced back with venom.

So why are businesses feeling negative? Is it because they feel that the positive growth can’t remain and that maybe we are in a ecomomic bubble – a no man’s land in between Europe and International Trade?

There are many business owners who have created a business with limited expansion and growth in mind from the off. Those business owners don’t want to ‘grow’ their business but justifyingly want to nurture it and maintain sensible manageable growth. The poll does suggest however that out of those businesses there is an appetite for those business owners to grow. This is what the UK economy really needs but clearly there are only so many SME’s who share the ambition.

Time for Small businesses to get positive

The small business survey concluded that businesses aspiring to grow has increased up to 55% the highest percentage levels since 2015.

The government alongside the many alternative finance lenders have created a fantastic marketplace for small businesses and SME’s to access finance easily, otherwise almost impossible 5 years ago especially unsecured funding. Clearly the access to finance is now not a concern so could it be that business owners move onto the next concern?

The economy overall is in good shape with unemployment down and businesses showing a huge appetite for exporting to a greater international marketplace.