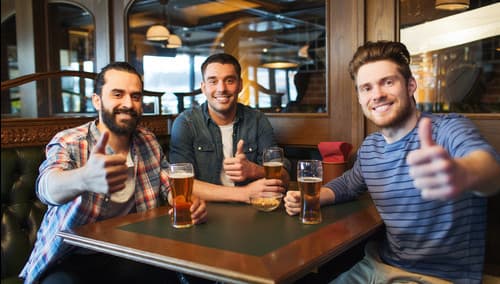 Pubs across Wales will open for an extra two hours this weekend to mark the Queen’s 90th birthday celebrations. The welcome extension also coincides with the European Championships in France, which kicks off on Friday.

For pub owners who participate, the usual 11pm bell ring will instead be moved to 1am. Gareth Bale and co ensured Wales will take part in the European Championships in France this month, which begins on Friday.

Wales face Slovakia in their opening game on Saturday, 5pm BST, and pub-goers will be hoping to use the extra two hours to continue the celebrations into the early hours, should they come out on top. England face Russia slightly later at 8pm.

We spoke with one pub owner based in Llandudno: “The whole of Wales is buzzing right now. The weather is good, the boys are in France and the pubs are open longer. There’s never been a better time to head out for a few drinks at the local”.

Financially, revenue in the pub industry as a whole is expected to boost by as much as 18% in the coming weeks. Pubs up and down the UK will no doubt be pushing as hard as they can to make the most of what this summer is bringing. Let’s hope for a great few weeks of good weather, football and plenty of drinks (but not too much…).